Our trick is to position our book for the major version of Perl that most everyone uses (Perl 5) next to the same sort of book for the mostly different language with the same name (Perl 6).

For most people using Perl as part of their job, they want the current track and not the Perl 6 one. However, at the same time, they aren’t going to realize the difference and go for the highest number.

Who has some good advice for us? We have a Survey Monkey survey (which might show up embedded right under this), or you can leave a comment.

The survey is closed with an overwhelming cry for renaming the book. 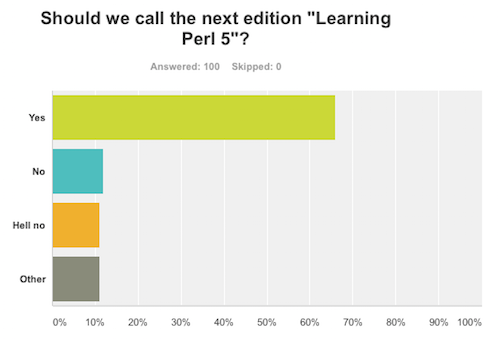